A criminal investigation into the death of Army Staff Sgt. Logan Melgar, who was killed last June while deployed in Bamako, Mali, has prompted a broad internal military audit and investigation into SEAL Team 6, according to a military official and two others briefed on the case. 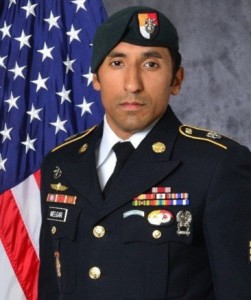 Army Staff Sgt. Logan J. Melgar, a Green Beret whose death is being investigated by the Navy Criminal Investigative Service.

Investigators suspect the two SEALs being investigated in the Melgar case were stealing cash from operational funds used for informants and other contingencies while deployed. The new investigation aims to determine whether such thefts are a routine practice among the members of the elite counterterrorism unit, according to the military official and two other people familiar with the financial investigation. All three sources requested anonymity because they were not authorized to discuss the ongoing investigation. The SEALs have denied stealing the cash.

The additional investigation sheds new light on the homicide case, which gained national attention last fall, and threatens to further tarnish the reputation of SEAL Team 6, the U.S. military’s most storied and mythologized command.

Melgar, staff sergeant of the 3rd Special Forces Group, died last June after being allegedly “choked out” by SEAL Team 6 operator Anthony DeDolph as fellow SEAL Adam Matthews watched. Investigators from the Naval Criminal Investigative Service have finished interviewing witnesses, and one of the military officials said the case was expected to be handed over to the Navy for a decision of whether to prosecute DeDolph and Matthews. NCIS had no comment, citing an ongoing investigation. The Navy declined to make DeDolph and Matthews available for comment.

The two SEALs were assigned to SEAL Team 6’s Silver Squadron and deployed to Mali as part of a counterterrorism task force for the Joint Special Operations Command. The SEALs conducted intelligence-gathering and training missions inside Mali and were based at the U.S. Embassy in Bamako.

DeDolph and Matthews brought Melgar, with whom they had shared embassy housing, to a medical clinic in the early-morning hours of June 4 last year. Melgar was unconscious and not breathing. The two SEALs claimed they had found Melgar in that condition and tried to resuscitate him with an emergency tracheotomy. Melgar was pronounced dead at the clinic.

Much of the early stage of the investigation was spent unwinding the two SEALs’s conflicting statements about how Melgar died.

Initially, DeDolph and Matthews told investigators that Melgar had been intoxicated earlier in the evening. Later, a medical examiner determined that Melgar had no alcohol or drugs in his system at the time of his death. The medical examiner concluded that he had died as a result of “homicide by asphyxiation” — strangulation. According to two people who have reviewed the medical examiner’s report, Melgar’s throat and upper torso appeared to have been mutilated, an apparent result of a poorly executed tracheotomy by DeDolph, a SEAL medic.

After the medical examiner concluded that Melgar had been strangled to death and had not been intoxicated at the time of his death, the SEALs told military officials that DeDolph, a former professional mixed martial arts fighter, had accidentally choked Melgar during a late-night sparring match in their shared apartment. Melgar’s wife told investigators that her husband did not practice mixed martial arts or otherwise participate in recreational sparring. Eventually, the SEALs changed their story again, according to two individuals briefed on the investigation. 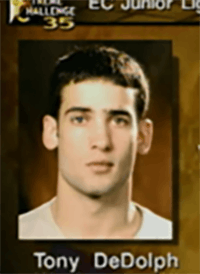 DeDolph and Matthews told investigators that tension between them and Melgar had been building for weeks, and they ended up in a physical confrontation. The cause of that fight is now at the heart of the case.

A longtime Special Operations consultant who has been briefed on the investigation said Melgar had discovered that the SEALs were stealing cash from the informants fund and told them he was going to report their activity.

One witness told the NCIS that Melgar had been with DeDolph and Matthews earlier in the evening of June 4, but had returned to their shared apartment and made a video call to his wife, according to a person familiar with the investigation. Both requested anonymity to avoid compromising the investigation. Melgar had told his wife the two SEALs wanted him to participate in something, but he had refused. He apparently did not describe exactly what the SEALs were pressuring him to do. A few hours later, Melgar was dead.

The SEALs have denied that they were stealing from the informant cash, according to a person who has been briefed on the investigation. DeDolph and Matthews have claimed to investigators that it was Melgar who had been stealing the cash and that they had confronted the Green Beret about the illicit activity.

Cash in amounts ranging from $20,000 to $60,000 are used for gathering intelligence through informants, or other contingency needs. The use of such funds often requires little more than a handwritten receipt. According to several former members of SEAL Team 6, the contingency funds and informant money have been frequently pilfered by members of the unit.

“The system is ripe for abuse,” said one former SEAL Team 6 leader. “We knew this money wasn’t being tracked, and guys were stuffing their pockets.”

While SEAL Team 6 is best known as the unit that killed Al Qaeda leader Osama bin Laden in 2011, the unit also has a dark history of war crimes and cover-ups. The Melgar case is not the first time members of the unit have been accused of stealing money on missions or lying to protect their teammates when missions have gone bad.

In 2009, after rescuing Capt. Richard Phillips from Somali pirates, two SEAL Team 6 operators were suspected of stealing $30,000 in cash from the lifeboat where the pirates were holding Phillips hostage. The FBI and NCIS conducted an investigation, which included polygraphing the two suspected SEALs, but no charges were filed and the money was never recovered.

Then, in October 2010, during an attempt to rescue hostage Linda Norgrove, a British aid worker who was working for the British intelligence service MI6 in Afghanistan, a SEAL Team 6 operator accidentally killed Norgrove with a grenade. While Norgrove’s death was inadvertent, the use of a grenade in a hostage rescue was against SEAL Team 6 procedures. The operator and a second SEAL lied about throwing a grenade, attempting to cover up the mistake, according to a former SEAL Team 6 commander with direct knowledge of the events. After JSOC officials reviewed video footage of the operations and confronted the operators, a third SEAL operator admitted a grenade had been used and was likely responsible for Norgrove’s death. Three members of the unit were disciplined, though none were charged with any crimes.

The attempted cover-up angered former SEAL Team 6 officer Adm. William McRaven, then head of JSOC, who punished the three SEALs involved and later warned senior officers in the special operations community that the cover-up demonstrated a serious problem at SEAL Team 6. According to a former SEAL Team 6 commander who discussed the case with McRaven, members of SEAL Team 6 had prioritized protecting their teammates from accusations of misconduct over their mission.